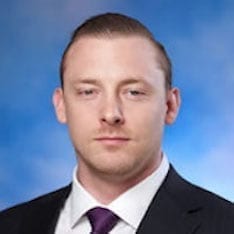 Shawn Schatzle is an experienced litigator specializing in the defense of civil actions. His practice focuses in part on the sports, entertainment and recreation industries, where he has defended actions against leagues, teams, instructors and venues in relation to tort actions.

He is also well-versed in defending actions arising from construction site accidents based on alleged violations of the New York State Labor Law, in addition to claims arising from the negligent service of alcohol based on the Dram Shop Act. He also regularly defends premises liability, negligent security and general negligence actions, as well as subrogration claims. His practice also involves risk transfers, where he pursues or defends contractual indemnification claims.

Shawn has represented well-known corporations and small businesses. He works with his clients from case inception to develop litigation strategies that are tailored to fit their business interests and goals. He has obtained a variety of successful pre-trial dismissals of actions through dispositive motions. He has also directly negotiated numerous favorable settlements.

Shawn currently serves as a mentor to the firm’s Summer Associates and Law Student Interns in the Manhattan office. He also provides guidance to new Associate Attorneys.

Before joining HRRV, Shawn practiced law at a prominent civil litigation firm. As a trial attorney, he obtained multiple six-figure verdicts on behalf of injured plaintiffs involved in motor vehicle accidents. He obtained a defense verdict in a jury trial in favor of a defendant that had been sued for intentional infliction of emotional distress. Shawn also defended defamation and adverse possession claims, in addition to prosecuting medical malpractice actions.

He currently writes on legal topics of interest to the sports and recreation industries, often focusing on issues related to the rapidly growing sport of mixed martial arts. He has presented lectures to students seeking to pursue careers in the sports industry.

Shawn obtained his Bachelor of Arts degree from Binghamton University, with a major in Philosophy, Politics and Law. He then obtained his Juris Doctor from New York Law School. During law school, he worked as a legal extern for a Supreme Court Justice in Brooklyn, as well as at a prominent entertainment agency in Manhattan.

Shawn is admitted to practice in the State Courts of New York. He is also admitted in the United States District Courts for the Southern, Eastern and Northern Districts of New York.

As part of the firm’s sports practice group, Shawn provides advice and representation to athletes, including with respect to Safe Sport issues.

Navigating U. S. Center For Safe Sport Cases: What You Need To Know 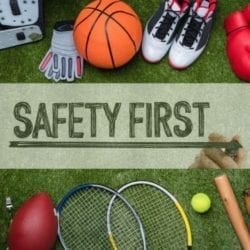