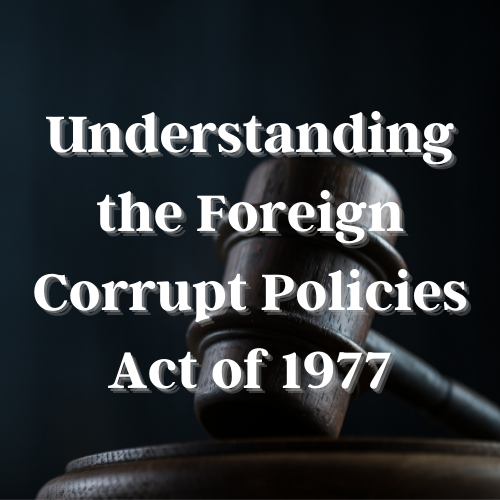 Congress passed the Foreign Corrupt Practices Act (FCPA) in 1977 in response to revelations of widespread bribery of foreign officials by U.S. companies.

In the wake of the Watergate scandal, SEC investigations uncovered 400 U.S. companies admitting to making over $300 million in illegal payments to foreign government officials, politicians, and political parties.  The companies included some of the largest public companies in the country, over a quarter in the Fortune 500.

The FCPA was created to halt those corrupt practices and restore public confidence in the marketplace.  This course will provide a deep dive into the FCPA statute, provisions, defences, and penalties